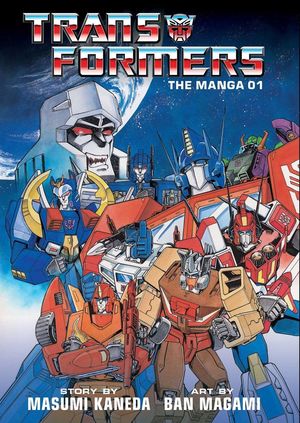 (W) Masumi Kaneda (A/CA) Ban Magami
THE CLASSIC TRANSFORMERS MANGA NOW AVAILABLE IN ENGLISH FOR THE FIRST TIME!
For eons, the Autobots and the Decepticons have been locked in a brutal civil war. The Autobots seek peace and coexistence, while the Decepticons seek power and control. Now, humans are caught in the middle as the battle between these two mighty factions comes to Earth! A collection of comics originally published in TV Magazine in Japan as a companion to the iconic animated series. Never before been published in English, this is sure to appeal to passionate fans of TRANSFORMERS as well as fans of classic manga art and storytelling.
In Shops: Feb 12, 2020