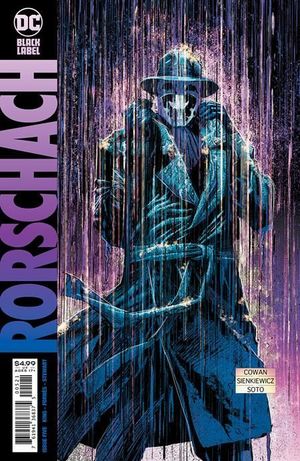 Writer: Tom King, Artist: Jorge Fornes, Cover Artist: Gabriele Dell'Otto
Rorschach tried to kill the leading contender to unseat President Redford, a governor by the name of Turley who has a lot to say. Turley believes the Redford people were behind the hit, but the detective investigating the case isn’t so sure. To prove Turley wrong, he has to figure out how Rorschach and Laura got so close to actually doing the job, and the answer to that might be deep in the Turley campaign itself, including the governor’s past with a masked man called the Comedian.