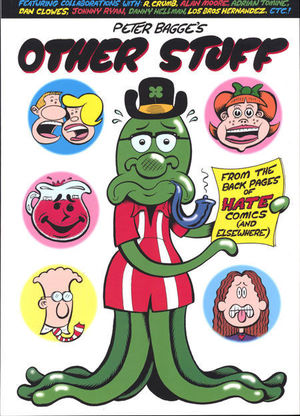 Over the past 20 years, as Peter Bagge worked on his 'Buddy Bradley' stories and other graphic novels, he also cranked out dozens of shorter stories, which are now collected here. Included are one-off gags and short stories as well as a series of Bagge-written stories drawn by other cartoonists, such as Daniel Clowes, Adrian Tomine, R. Crumb, Johnny Ryan, the Hernandez Brothers and Danny Hellman plus the hilarious 'Kool-Aid Man' written by Alan Moore and drawn by Bagge. This collection shows Bagge at his most free-wheeling and craziest... 50 times over.