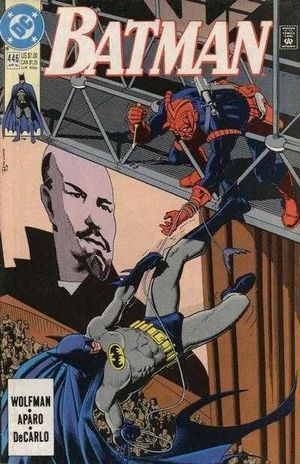 Cover by Brian Bolland. "When the Earth Dies Chapter Two: Underworlds," script by Marv Wolfman, pencils by Jim Aparo, inks by Mike DeCarlo; Still wounded from his previous encounter with the NKVDemon, Batman attends a hockey game in the Soviet Union; The Demon is somewhere in the stadium, looking to assassinate the 10 people he believes are responsible for ruining his country. "From the Den" column by Denny O'Neil.