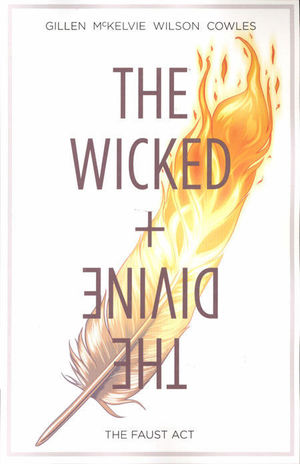 (W) Kieron Gillen (A/CA) Jamie McKelvie, Matthew Wilson Every ninety years, twelve gods incarnate as humans. They are loved. They are hated. In two years, they are dead. The team behind critical tongue-attractors like Young Avengers and PHONOGRAM reunite to create a world where gods are the ultimate pop stars and pop stars are the ultimate gods. But remember: just because you're immortal, doesn't mean you're going to live forever. Collects THE WICKED + THE DIVINE #1-5.