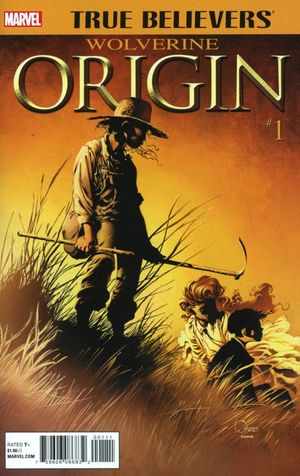 Reprinting WOLVERINE: THE ORIGIN #1. Written by Paul Jenkins. Art by Andy Kubert. Cover by Joe Quesada. Almost thirty years after his first appearance, Wolverine - the most enigmatic and popular character in comics - will finally have the story of his origin told for the first time! Who is the mysterious man known only as Logan? Where does he come from? How did his powers first appear?