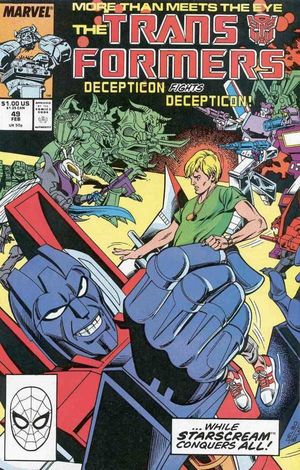 Early comic book version of the famous "transforming" robots. Part three of the Underbase Saga has a Decepticon force landing on Earth and joining forces with Ratbat and the other Decepticons as they are on the verge of possessing the Underbase, which contains more knowledge and power than any known object in the universe. Meanwhile, the Autobots search for the Decepticons and hope to rescue Buster Witwicky in "Cold War." Script by Bob Budiansky and art by Jose Delbo & Danny Bulanadi. Issue also has profile pages on Chase and Freeway Autobots.