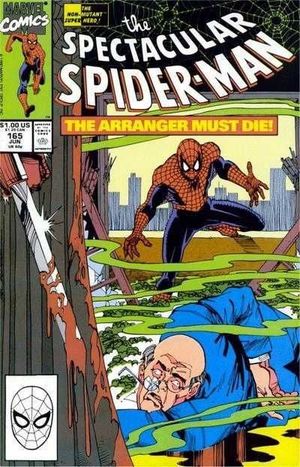 "Knight and Fogg" Part 1 of 3. Script by Gerry Conway. Pencils and Inks by Sal Buscema. Cover by Sal Buscema. The Arranger has been living on borrowed time since completely botching the gang war with the Lobo Brothers several months ago. Now virtually abandoned by his boss, the Kingpin; the Arranger begs Spider-Man for protection. But when the night falls and the fog rolls in, will the wall-crawler be able to save the Arranger? First appearance of Knight and Fogg. Final appearance of the Arranger. Cameo appearances by the Chameleon, Hammerhead, and Kingpin.