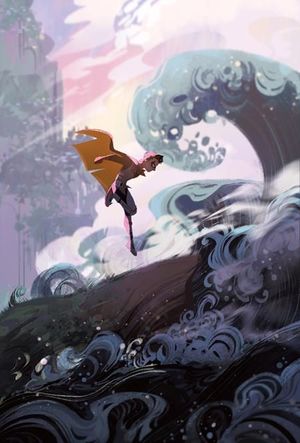 TALE OF THE TAPE! The League of Lazarus has introduced Robin to a wide range of some of the youngest, deadliest fighters on the planet—from XXL and his hype squad to Respawn and his Deathstroke fandom—and these killers mean business. But no fighter has made an impact on Damian Wayne like Flatline, the former sidekick of Lord Death Man and one of the most elite combatants in the tournament. But who is Flatline? Uncover the secret origin of all the breakout fighter stars of Robin in this oversize special that puts the K.O. in comic book! Plus: Atlantean fighters join the tournament? C’mon, Mother Soul, never order the fish—always order the steak!