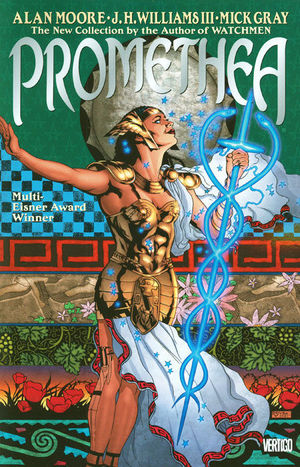 Collecting the series' first six issues. Meet Sophie Bangs - a college student in a weirdly futuristic New York - as she researches a term paper on Promethea, a mythical warrior-woman who is reinvented over and over through the centuries. Along the way, she receives a strange warning to give up her inquiries...a warning she only begins to understand when a deadly shadow creature tries to kill her for getting too close to Promethea's secret. That secret transforms young Sophie into the greatest Promethea of all, but she must quickly master the secrets of her heroic predecessors - as well as those of the realm known as the Immateria - or fall prey to Promethea's ancient enemy.