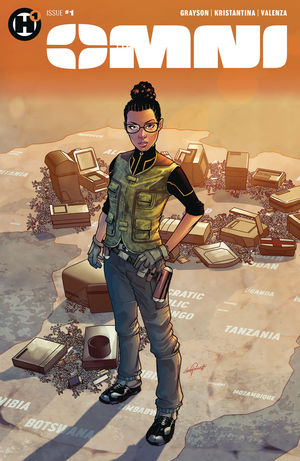 (W) Devin Grayson (A) Ariela Kristantina (CA) Mike McKone
A young doctor mysteriously acquires superpowers and quickly discovers that she's not the only one. There are people all over the planet Igniting with powers, but only her power can answer "why"...
Cecelia Cobbina is a gifted doctor. Vibrant, compassionate and praised by both her peers and her patients. But that was before the incident in Africa. Before she was forced to leave her job at Doctors Without Borders behind. Before she gained the ability to think faster than the speed of light. Overwhelmed with the power to answer almost every question, she must now overcome her own fears and tackle the one code she can't seem to break: the truth behind the Ignited.
In Shops: Aug 14, 2019