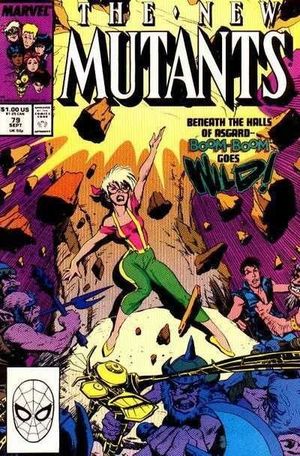 Cover art by Bret Blevins. Asgard, script by Louise Simonson, pencils by Bret Blevins, inks by Al Williamson; In Asgard, Mirage, who is under Hela's control, flies off on Brightwind to serve her; the New Mutants are captured by dwarves; Cannonball is reunited with their leader, Eitri; Hela sends the Valkyries to attack the New Mutants.