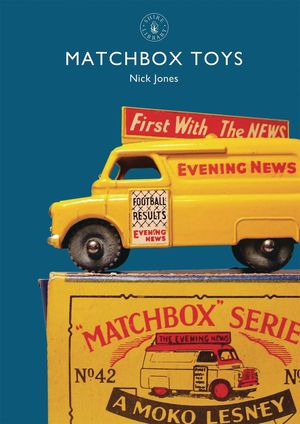 (W) Nick Jones
Lesney Products was formed in 1947 to make zinc castings, mainly for the building industry; toys were a sideline when business happened to be slow. To cash in on the 1953 Coronation of Princess Elizabeth, they modeled a miniature of the Coronation Coach. When this sold a million pieces it spurred on and financed a new venture that would become a household name: Matchbox Miniatures. Then in 1969 came great change. Mattel had released their range called Hot Wheels, with high-speed wheels and axles, and in order to compete Matchbox retooled everything. Now highly collectable, the Matchbox 1-75 range is a British institution that has now found its perfect introduction in this book.
In Shops: Jan 06, 2021