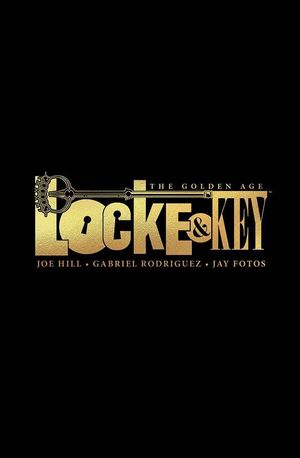 (W) Joe Hill (A/CA) Gabriel Rodriguez
Unlock moments from Keyhouse's long history, expanding the saga of the Locke family in this collection of stories, which includes the epic crossover with DC's The Sandman Universe!

For two hundred years, the Locke family has watched over Keyhouse, a New England mansion where reality has come unhinged and shadows are known to walk on their own. Here they have guarded a collection of impossible keys, instruments capable of unlocking both unparalleled wonder and unimaginable evil.

Take a glimpse into the lives of Chamberlin Locke and his family in the early 20th century as they use the keys to fight battles big and small. From the killing fields of Europe during WWI and the depths of Hell, the Lockes are in a constant struggle to keep the dark forces of their world at bay.

Collects three standalone tales, "Small World," the Eisner-nominated "Open the Moon," and the never-before-seen "Face the Music," along with the 3-part ...In Pale Battalions Go... and the epic 80-page crossover with The Sandman Universe, Hell & Gone" all from the co-creators of Locke & Key, Joe Hill and Gabriel Rodr guez!
In Shops: Nov 03, 2021