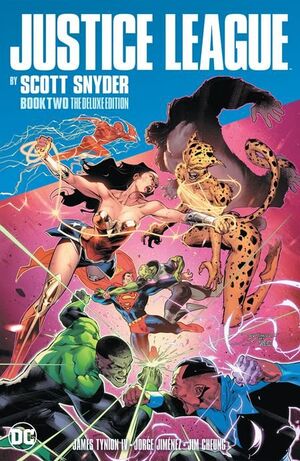 Then, the Justice League has the map to the Sixth Dimension in hand—the key to saving the Multiverse from utter destruction! But with Superman trapped on a world with no light and hundreds of dead Supermen, Lex Luthor’s Legion of Doom is poised for victory. The final form of Perpetua takes shape, and the DCU will never be the same again!