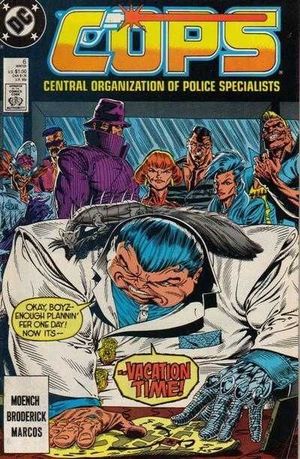 Big Boss may run the crime scene in Empire City, but Ms. Demeanor's decided she wants the job...and it's beginning to look as though not even the COPS are going to survive her fight for power. Written by Doug Moench, with art by Pat Broderick and Pablo Marcos. Cover by Bart Sears and Dennis Janke.