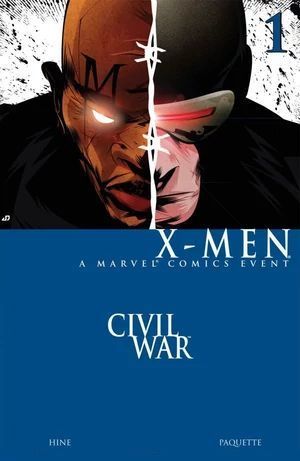 Written by DAVID HINE. Penciled by YANICK PAQUETTE. Cover by JUAN DOE 'CIVIL WAR' Tie-in! Enough is enough! The tension between the X-Men, the 198, and the O*N*E has finally reached a breaking point. As the Marvel Universe is ripped apart by the Civil War, the X-Men also find themselves crumbling from the inside out. Will they fold-up and admit defeat, or will the X-Men finally start to fight back?