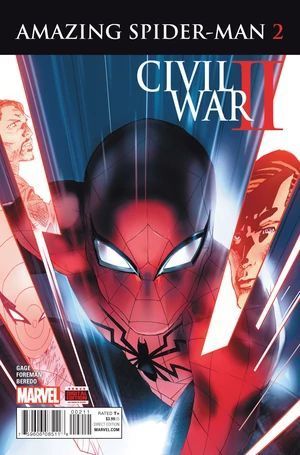 Written by Christos N. Gage. Art and Cover by Travel Foreman. Ulysses made a shocking prediction that someone in Spider-Man's life would turn traitor… and it isn't who you'd expect! The folks at Parker Industries already had one mole in their midst, another could destroy everything Peter's worked to build! Good thing Peter's got his old pal, Harry Osborn by his side, right?