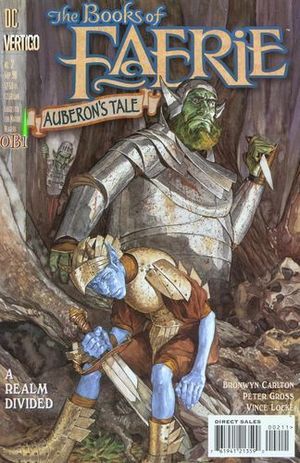 The sequel to the Books of Faerie miniseries continues, revealing the secrets of the early life of King Auberon. Civil war breaks out in Faerie between the forces of Auberon and the Duke of Grimwar, with the rule of the entire realm at stake. Backed by thousands of troops, Auberon's victory seems assured--but what will happen when the young and inexperienced heir is caught alone in the forest by his older, stronger rival? Written by Bronwyn Carlton. Art by Peter Gross and Vince Locke. Painted cover by Hermann Mejia.