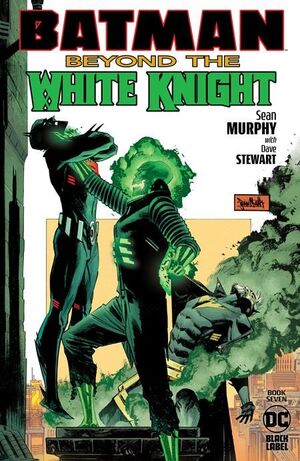 After a freak accident, Derek Powers has been transformed into the super-villain Blight! With his metahuman abilities, he's more powerful than ever and it's only a matter of time before Gotham becomes his forever. The Wayne family's reign is over unless the heir to the name, Bruce, and his found family of heroes can figure out a way to take Powers down. Find out what's next for Neo-Gotham in this thrilling penultimate issue!