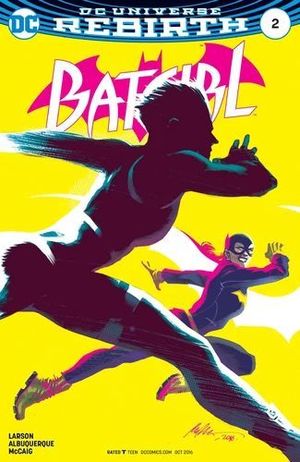 DC Universe Rebirth Tie-In - Beyond Burnside: Part 2 - Written by Hope Larson. Art and Cover by Rafael Albuquerque. 'Beyond Burnside' part two. Batgirl is off to Singapore! Following the mysterious advice of the ancient superhero known as Fruit Bat, Babs dives into the dangerous world of MMA fighting. But her first opponent may be more than just an adversary in the ring. Could she be connected to Babs' new travel-companion-slash-maybe-crush?