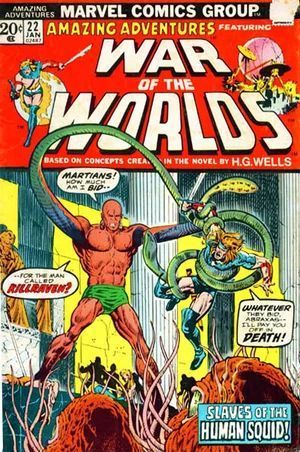 Cover by Herb Trimpe. "Washington Nightmare!", script by Don McGregor, pencils by Herb Trimpe, inks by Frank Chiaramonte (as Frank Chiarmonte); Killraven and his group travel to Washington DC where they are captured by slavers. Reprint back-up story: "The Man Who Went Too Far!", art by Richard Doxsee; A scientist invents a cosmic magnet which brings down a ghost-like inhabitant of space; His partner thinks that capturing such a being for study is cruel and he knocks the magnet so that it tilts downward and pulls a similar dense creature up to the surface from the Earth's core.