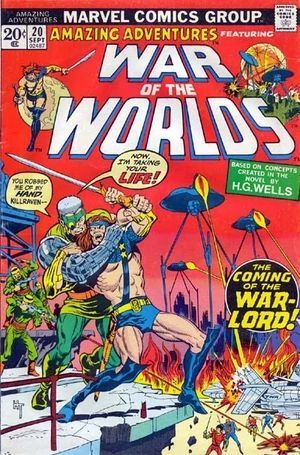 Cover by Herb Trimpe. "The Warlord Strikes!", script by Marv Wolfman, pencils by Herb Trimpe, inks by Frank Giacoia; Killraven and M'Shulla flee from a gang of keeper's men; Their "energy guns" run out of charge, so they duck into a museum, pursued by the gang; Killraven topples a large Egyptian statue onto one group, while M'Shulla uses a crossbow to drop a suspended cannon onto his foe; They interrogate the last one to learn where the keepers keep their weapons; Killraven, M'Shulla, and the other freemen sneak into LaGuardia Airport and locate the weapons depot; Warlord interrupts their plundering and beats Killraven into submission.